All About House Electrical Wiring System - A Small Guide 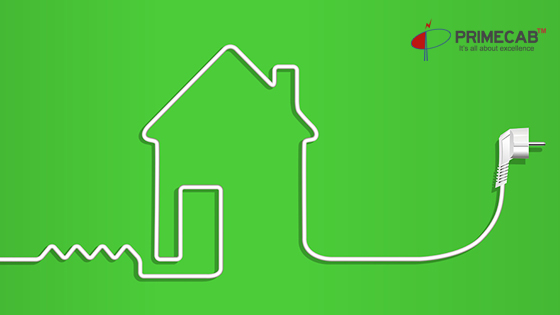 All About House Electrical Wiring System - A Small Guide

The house electrical wiring systems is way more complex than you see it to be. When constructing your own home, spend fairly good time in mapping the circuits, power points, panels for your ease and specifically at the spaces where they are out of the childrenâ€™s reach. In house wiring, a circuit usually indicates a group of lights or receptacles connected along such a path. Each circuit can be traced from its beginning in the service panel or subpanel through various receptacles, fixtures, and/or appliances and back. Just one of the most important thing that runs along and connects every appliance to every plug, they run across like veins mapping your home. It then becomes very imperative to install high quality wires like PRIME CABLES, which are durable, heat resistant, lead freeand flame retardant.

Here is a small guide for you to plan and set-up the correct wiring system for your home. Consider these points before going ahead with your electrical wiring system:

What are the major components of an electric system: The electrical system consists of the line from the pole, a meter where electrical usage is tallied, a main circuit breaker panel (sometimes called â€œload centersâ€ and, in older homes, fuse panels), separate wiring circuits to all the rooms in the home, outlets, light fixture boxes, and various hard-wired appliances.The Meter: The main line typically comes off a pole (but can also be buried underground) to the house where it connects to the meter. Meters are typically installed on the exterior of the home, where they can be read by utility companymeter-readers. Most meters are mechanical, with a spinning wheel and mechanical display of numbers. Some newer meters are digital, showing a display on an LCD screen. The meter tallies the amount of electricity used in a home in units of kilowatt hours (kWh). The total increase in the number of kWh from one month to the next is the number used by the electric utility for your bill.

The Circuits: Each bundle of wire has at least three wires within â€“ two with plastic insulation and one bare. The black and/or red insulated wires are the â€œhotâ€ wires coming directly off of the circuit breakers. The white insulated or â€œneutralâ€ wire carries the current back to the electrical source at the panel. The bare copper wireis the ground wire, which is the safety part of the circuit. The two wires insulated wires are attached to outlets or switches so that when nothing is plugged in or a switch is in the off position, the wires do not meet. When you plug something into an outlet or turn a switch on, you complete the circuit, allowing electricity to flow through a light or appliance to activate it.

GFCIs: A GFCI senses the moment when a person begins to receive a shock, and shuts off the electricity at the outlet or breaker within milliseconds, avoiding the shock and potential electrocution. GFCIs are typically installed in locations where water may be present, like bathrooms, kitchens, unfinished basements, garages, and even outdoors. The most common type of GFCI is the outlet, but GFCI breakers can also be used in the main breaker panel to give all outlets in a given circuit GFCI protection.

All these points should enough for you to consider while changing or re-installing the wiring system at your home. Prime cabs ensure a safe wiring system for all your wiring needs that would need minimal change for years to come.

6 Types of Wires You May Not Know Your House Needs

This Diwali Protect Your Home from Electrical Hazards

Which House Wire Manufacturer is Best for You?