The electricity grid had come into existence in the early 1880s when energy systems were working on very small scales. Till that time, only two electricity systems; AC and DC were developed and engaged on a large scale.

Though Thomas Edison was in favour of promoting Direct Current. But, George Westinghouse, the famous businessman of that time and inventor Nikola Tesla won the support of electric companies for the Alternating Current system in America. The AC current was finalized because it had the biggest benefit of transmitting electricity to the long distances as it could be transformed into lower voltages later.

The electricity grid is a complex structure that works in order to generate and supplying electricity. This is one of the major achievements made by human to connect with the future. It is an electrical power grid, which helps to distribute power to the distances of thousands of kilometres.

Transmission lines are the high voltage carrying electricity wires that transmit power to different electricity distribution stations. These wires are hanged on big angular towers, with a height of at least 30 feet. They are made of aluminium alloy and reinforced with steel.

These transformers convert this DC to an Alternate Current, which remains between 180 – 220 volt. Now, this current is directly used to operate all electrical appliances at home.

Some of the transformers supply different voltage to operate industrial appliances and devices.

We must use high-quality wires and cables at homes as electricity may fluctuate and damage our electrical appliances. The high voltage may also become the cause of fire at home. Use high-quality Prime Cables and wires to keep electrical accidents at bay. Primecab wires are highly durable and suggested to use for saving bucks on electricity bills. 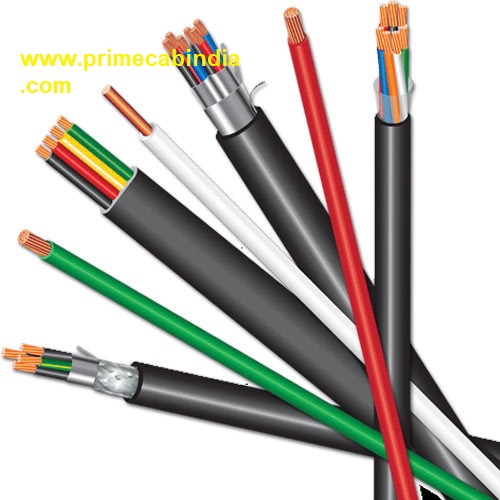